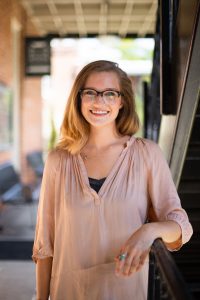 I am a Ph.D. student in the Religion and Culture concentration in the department of Religious Studies at the University of North Carolina at Chapel Hill.

Situated broadly between competing transatlantic discourses on maternal health, my work examines religion as a tactic for authorizing processes of identity formation. I locate the devotional labor of “Morisca” women in the Ebro region and women in early Mesoamerican and Andean colonies as mutually influenced by and influencing imperial grammars of the narrow, though difficult to define, category of ‘religion.’ Rather than taking the multi confessional landscape of early modern Iberia and colonial Latin America as data in itself, I focus on the social utility of narratives about devotional identities and the connection between this utility and expectations of maternal labor on both sides of the Atlantic. I bring an interdisciplinary approach to my studies that draws on my training in Religious Studies, Anthropology, and Spanish literature. I received my M.A. from the Religion in Culture program at the University of Alabama where I wrote a thesis analyzing the rhetoric of hybridity in descriptions of Marian devotional cultures.

I have ongoing teaching experience as a guest lecturer, online instructor, graduate research consultant, and graduate teaching assistant in addition to my ongoing work as a research fellow at the Center for the Study of Religion and the City, Humanities Professional Pathways fellow with Humanities for the Public Good, digital archive research assistant, and web manager for AAR/SBL Southeastern Region.